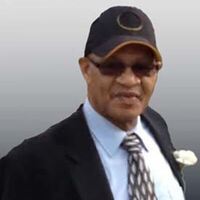 Melvin Calvin McClinton, Sr., 70 of Boston, Elizabeth Township, passed away on Monday, September 12, 2022 at McKeesport Hospital with his beloved family by his side. He was born January 26, 1952 in McKeesport, Pennsylvania and was the son to the late Edward and Gloria (Greene) McClinton. He was the third of five siblings. Melvin graduated from Elizabeth Forward Senior High School in 1970. He was employed by Clariton Mill as a Machine Operator for 34 years and retired in 2004. In his adult life he enjoyed riding his bike, watching sports, and most of all- fishing. Melvin was a talented athlete who ran track, played football, and was an impactful Little League Coach. He is survived by wife of 38 years, Betty J. (Pickell) McClinton of Boston, PA; sons Glenn (Lauren) McClinton of Port Vue, and Melvin (Laura) McClinton, Jr. of Blue Bell; daughter Casey McClinton of Pittsburgh; younger brothers Darryl and Wade McClinton; grandchildren: Braden, Logan, Natalie, Mason, Mariah, Celina, Cortez, Corté, and Jazmyne; and great-grandchild, Franco. Melvin was preceded in death by his parents and brother Glenn, and sister Barbara. Friends are welcome Thursday, September 15, 2022 from 10am - 1pm at the Gilbert Funeral Home & Crematory, Inc. 6028 Smithfield Street, Boston, PA 15135. (412) 751-5000 Drew J. Gilbert, director. Funeral Service will be in the Funeral Home Chapel at 1pm with Guy & Sherry Johnson officiating. Interment will follow at the Round Hill Cemetery. Condolences can be made at Gilbertfuneralhomeandcrematory.com