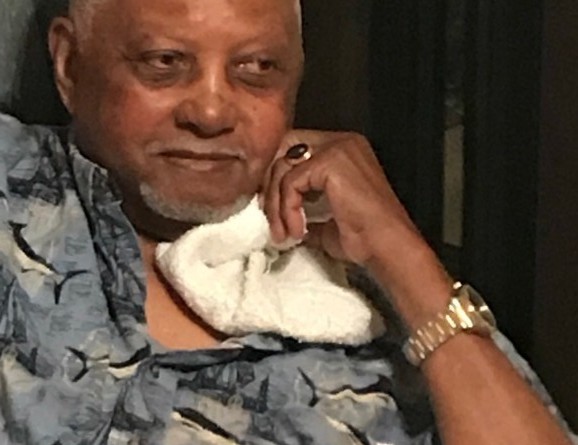 Wilford Martin McGrew was the 8th of 9 children.  Born May 2, 1929, in Butler, Alabama, moving at an early age to Fairfield Alabama with his parents George and Mattie McNeily- McGrew, Sisters - Ruby, Eileen, Josie, Inez, and Brothers - Thomas, Clark, O'Neal, (all who transitioned prior to him) along with his last surviving brother George Fred McGrew of Los Angles, Ca. On July 7, 2020, Wilford Martin McGrew joined his wife Rebecca McGrew, sons Burrell Brown and Earl Alford and grandson Damon Alford and other family members.

He dropped out of school to help support the family but later became the first to graduate with a High School Diploma and an opportunity to attend Tuskegee University.  He postponed his education and instead moved to Clairton, Pa., with plans to return to Alabama after retirement.

To accelerate his career with the US steel Mill. He earned an Associate Degree in Environmental Engineering.  He Retired from the Steel Mill after 41 years of service as a Heater Man.  Soon after retirement Wilford packed up his wife of 63 years Rebecca McGrew and moved to Fairfield, Alabama where he lived until he relocated to Lithonia, Georgia.

He had a passion for older people saying “you can learn a lot by talking to them”, He enjoyed Reading the Bible several times in its entirely, he would say “I just want to make it into heaven”.  He proudly served his country in The Korean War and served as a Deacon at Gethsemane Church of God in Christ in Clairton.  He loved celebrating summer holidays with “firing up the grill.”  Whether they won or lose he remained a Pittsburgh Steeler Fan.

**A WALK THROUGH VIEWING FOR FAMILY AND FRIENDS WILL TAKE PLACE AT R.A.W. FUNERAL HOME. PRIVATE SERVICE TO BE HELD AT MORNING STAR BAPTIST CHURCH. ALL VISITORS ARE ASKED TO WEAR MASKS AND BE MINDFUL OF SOCIAL DISTANCING DURING EACH SERVICE**